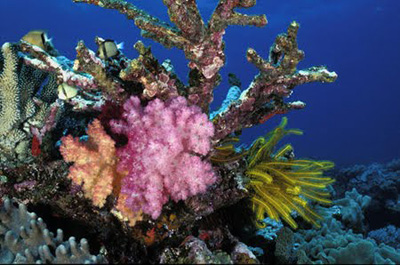 One of the most visited regions in Southeast Sulawesi Province is Buton Island, as it is the home of a beautiful spot of nautical tourism called Basilika. Even though many other tourist attractions are available, Basilika is considered a prime lure in Buton Island. It is part of several small islands, actually. These include Kadatua, Liwungtongkidi, Siompu, and Batauga Island. That means visitors can explore a vast nautical beauty, including numerous types of fishes, corals, and underwater scenery. On top of that, there is the chance to enjoy a tranquil white sandy beach on those islands.

The Nuance
The first thing to describe when it comes to Basilika Nautical Tourism is the shoreline on which tourists can relax and play water sports. The beach has white sand and soothing wind. A formation of coconut trees also covers the land near to the seashore. When it comes to the waves, they are considered calm and warm. The best thing is the sea visibility, which is quite accessible for divers. That means everyone has an opportunity to witness splendid views of the sea with all its features, including fishes and corals.

Exploring Basilika Nautical Park
When it is about Basilika, tourists are likely to talk about Liwutongkidi Island. The size of the island is about 1,000 km2 and it features a tropical climate. Near to the island, tourists can explore beautiful corals and numerous diving spots. This is why the island belongs to Basilika Nautical Adventure Spot, along with other islands mentioned earlier. Still, Liwutongkidi becomes the primary diving spot as compared to others. That means it is the start point, for those who want to perform diving.

Both beginners and experts are allowed to explore Basilika Nautical Park. What tourists need are proper gears and an experienced instructor. Not to mention it requires knowledge regarding the location of diving spots and the route to reach each of those spots. Due to this reason, hiring a tour guide becomes a good idea. If you aren’t likely to know the locations, it is a right decision to rely on an expert’s guide even though it costs some money.

When it comes to facilities, some hotels are available in Bau-Bau City. Each of them offers a distinct service, price, and amenities. Also, don’t forget to try some local foods after exploring Basilika Nautia Park. Somehow, diving takes much stamina, so you need to replenish it by eating nutritious foods like seafood and traditional culinary of Southeast Sulawesi Province. Make sure to carry some money, so you won’t get troubled later.

How to Get There
In order to get to Basilika Nautical Tourist Spot, you need to head to Buton Island first. Usually, it takes much time, as there are many checkpoints to reach. From Kendari, your first destination is Raha City (Muna Island). Next, you must head to Bau-Bau City, which is located on Buton Island. From there, you can head to the final destination, which is Basilika area. It is as simple as that.