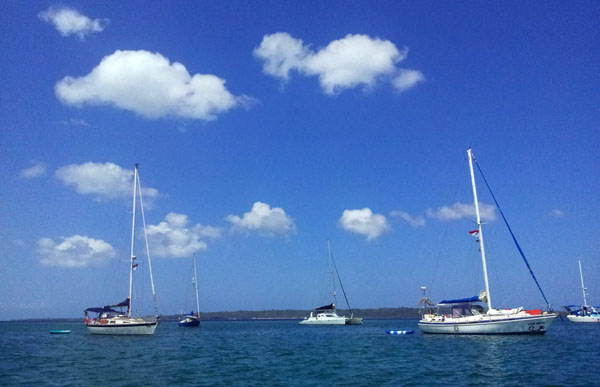 Regarded as one of the best vacation spots in Indonesia, Wakatobi District never fails to amaze tourists. Visitors have unlimited options of attractions, as well. For example, there is a famous event called Sail Indonesia. As the name suggests, it is a sailing event involving both local and foreign participants. Such international event has the purpose of promoting the tourism potential of all regions in Indonesia. The fact is Wakatobi has become one of the best checkpoints of the event. Tourists also have the chance to enjoy Sail Indonesia event, as long as they come at the right time.

The Nuance
When it comes to the nuance, the event involves many sailboats, coming from different regions. In fact, some of them are foreigners. Usually, the contestants start their voyage from Darwin, Australia. Later, they visit Indonesia for resting. The most common destination is indeed Wakatobi, on which the locals may facilitate and entertain those sailors. That means some traditional attractions are performed at that time. For tourists, it becomes an opportunity to see such sailing parade with their own eyes. The boats come in different shapes and colors, but most of them are white.

Enjoying Wakatobi Sail Indonesia
Photography becomes the most popular activity among tourists. It is because they want to take pictures of those sailboats. They can either take the pictures from afar or near. It depends on the spot where they stand, actually. Therefore, it is better to reach a higher land to capture the best photos. Another tip is to use a high-end camera that can produce the best pictures. If not, they can simply get near to the port or the beach to do photography. This is the simplest way to get good results.

The next activity is to get on the sailboats. The opportunity is quite rare, though. It is because tourists need to get permission from the owner. A good communication skill would help them to achieve such opportunity, actually. Not all the owners are stingy, after all. Once they get on the sailboat, they can learn some parts of it. The owner even may teach them how to navigate the boat! It is definitely a rare fun activity, but it is worth a try. It doesn’t last long, though, as those participants need to continue their voyage later.

During Wakatobi Sail Event, the locals may perform a traditional ceremony called Duata. It is done by Bajo People, actually. The purpose is to bring luck and eradicate any mischances. The ritual usually takes 3 days and 3 nights and it involves lots of audiences. There is a prime dancer, leading the procession. Also, he might perform the dance on a canoe. For the participants and tourists, such ceremony is considered interesting. It is part of the whole event, after all.

How to Get There
The most recommended spot to enjoy Wakatobi Sail Event is in Wangi-Wangi Island. It won’t last long, as the participants only drop by in Wakatobi. Thus, tourists need to arrange the schedule with a tour agent prior to visiting Wakatobi. Such service also helps them to choose the right transportation and accommodations.

Where to Stay
Wakatobi Patuno Resort