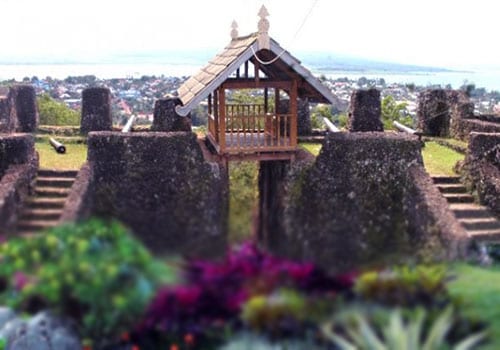 A vacation to Southeast Sulawesi Island is indeed worthy. It is because you can find different types of tourist attractions, especially in Bau-Bau City. Here is a recommendation. The name is Buton Palace Fort. Another name is Wolio Palace Fort. This historical site is situated in Melai Village. It is a renowned vacation spot of the province, for sure. In fact, this fort has been chosen as the biggest one according to Guinness of Record and MURI. It got such status in 2006. Thanks to its popularity, many tourists come to this location. They come for either sightseeing or learning the history of the fort.

The Nuance
The fort is the world’s largest and most unique fort. It has the length about 3 km. The height is approximately 4 meters and the width is 2 meters. The walls of the fort are mostly covered by moss. It is because the fort has been there for decades. On the top of them, you can find several cannons. Their size isn’t quite big, though. Near to these cannons, there is a gazebo. The visitors can relax there. Next, there are trees and different types of plants. These features create a refreshing nuance in the site. No wonder, it is a recommended location for sightseeing.

Exploring Buton Palace Fort
The whole size of Buton Palace Fort is roughly 401,911 m2. With this stat, the fort becomes the biggest one in the world. It even beat Denmark’s. Another thing to know is the location. It is situated in Melai Village, which is a crowded area in Southeast Sulawesi Province. Thanks to such strategic setting. Tourists can easily reach the fort regardless of the location. On top of that, they are allowed to explore the fort freely. There is only one rule. The guests should take care of the environment.

Near to Buton Palace Fort, there are other attractions. These include the Popaua Stone, Wolio Stone, a grand mosque, Sultan Murhum’s Tombstone, Badia Palace, and several cannons. Most of the tourists would likely to witness Wolio Stone directly. It is an uncommon stone with dark color. In terms of size, it is similar to a bull’s. The rumor has it. There was a beautiful Chinese woman called Wakaa-Kaa in this location. This woman was considered sacred back then.

Apart from sightseeing, visitors can do many other things. For example, the locals often come to the fort to perform a ritual. It has become a culture in Southeast Sulawesi Province, after all. Next, it is to give a prayer in the ancient mosque. There is even a sacred pole located near to the mosque. According to the locals, the fort emits a mystical aura. Sometimes, tourists can even feel this creepy ambiance. Dare you to visit it?

How to Get There
The question is how tourists can approach the location. The fort is situated in Melai, Murhum of Bau-Bau City. If you come from Kendari, the trip takes about 13 hours and the distance is 224 km. Not to mention the trip also involves a ferry. Thus, you should have prepared some money beforehand.